Wiluna is at the southern end of the Canning Stock Route. The route is a 2000km long track that crosses The Little Sandy and the Great Sandy Desert. Initially it was a cattle drovers route made possible by the sinking of 50 odd wells by a team led by the surveyor Alfred Canning in the early 20th Century. It is hailed as the ultimate off-road adventure in Australia. Since reaching the end of Africa we had been planning to attempt this route. 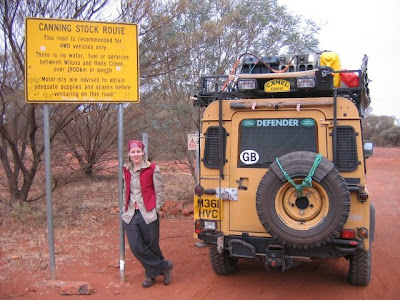 The night before embarking on the Canning Stock route we were camped near to a couple of chaps, Terry and John, who had lost their wives somewhere between Melbourne and Wiluna and were headed along the same route as us, also looking for some off-road adventure. For various reasons they became known as the Hema Map Boys (something to do with the long distances they travelled on all of the back roads in the area). That night there was some ominous evidence in the sky of a front moving in from the north. Not to worry, everything we had read indicated that this was the dry season.

The next day we were up bright and early expecting the sun to be up with us. It was up, but behind the clouds. Undeterred we set off. The Hema Map Boys had set off a short time ahead of us but they were taking a detour to visit Well1. By the time we stopped for lunch it was decidedly chilly and windy, the sun had not shown its face yet. We carried on to Well 3 and by this time light drizzle had turned into sheets of rain. This well was quite impressive and had been fully restored. When we opened the lid there were many thumbnail frogs all piled on top of each other and periodically one would lose its balance and assume a sky-diving pose as it plummeted back down the abyss to the bottom of the well.

At this point the route is diverted onto a station track and there is a big sign indicating that this part of the route is a dry weather track only. So we were compelled to sit and wait it out. While we were waiting the Hema Map Boys arrived. We had expected them to overtake us ages ago but they had ended up taking a slightly longer detour than anticipated which had necessitated them returning to Wiluna for more diesel (yes they got lost). 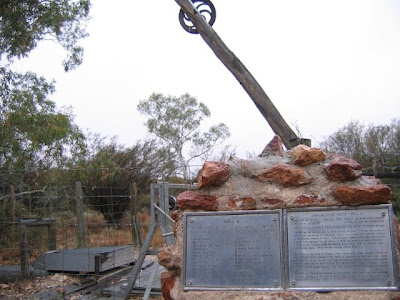 As dusk fell the weather cleared up a bit but the boys who had been listening in to their HF radio had nothing but bad news. There was another front moving in from the east and all of the station access roads were closed. So we had a cheery campfire and decided to wait and see what the morning brought.

The morning brought even more bad news. There were people bogged in all over the show with no indication of how many days they were going to be stuck for. Even with our Michelin mud tyres we did not think we would be immune to the bogging. So after all that we turned around. We decided to head up to Newman, about 500km away, and see if we could find a way in to the route up there. The following day we arrived in Newman and bumped in to the Hema Map Boys again. They had yet more bad news for us. It seemed that every unsealed road within a 700km radius was closed. There was not much else for them to do but to turn around and head home, a week long journey. Such a shame but before they left John very kindly gave us his copy of “The Canning Stock Route” by Gard. We had visited just about every new and second-hand book shop in Perth but none had a copy. 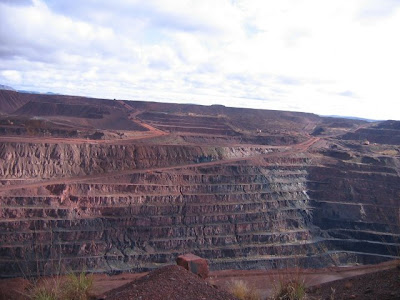 Newman is home to the world’s largest open cast mine, from which high grade iron ore is extracted and then transported on the world’s longest private railway to Port Hedland. The trucks are just huge, they work 24 hours per day and during that time consume over 4700 litres of diesel. That is about the same volume of diesel we have used over the past year on this trip. 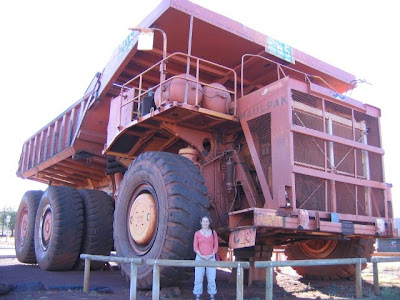 Over the last couple of days Gavin had noticed a new leak, only this time it was diesel originating from the fuel injection pump. Only a few drops per minute but enough to be of concern. We asked at one auto repairs place and they just send them back to Perth for servicing at rather considerable cost and time. Not something we really wanted to do- be stuck in a mining town in the middle of the outback governed by the twice daily shift change.

With a lemonade can carefully suspended under the pump to catch the drips (diesel is pretty dear in Australia) we carried on our way heading towards Broome where we hoped to get it unofficially serviced.

On the way we popped into the Karijini National Park where we spent a morning exploring the Dales Canyon with its pools and waterfalls. I had read that at this time of year the water is icy cold for swimming so had not taken my swimming togs. The water was a beautiful temperature and there were just a few too many people for me to go skinny dipping. I really am beginning to learn that one should not believe much of what one reads about the various conditions. 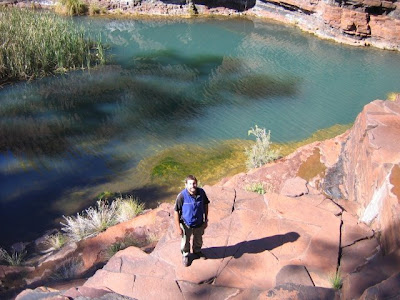 Two days later we emerged in Broome, a colourful tropical beachside resort town. The temperature also seem to have quite suddenly lifted also since leaving Newman and once again we are very pleased with our fridge supplying cold water and the odd treat of a lemonade or fruit jelly. Whilst in the Broome Visitors Centre Gavin was accosted by a young chap, JP, who having spied our car with UK plates decided that Gavin looked like a likely candidate to be the driver. Unsurprising really considering he really does need a haircut, has grown his customary winter facial hair and was wearing a holey and very faded T-shirt. JP was interested because he had also shipped his Land Rover over from the UK, was currently travelling around Australia and then planning to ship onto South Africa. We exchanged a few Quarantine horror stories- he certainly trumped us as he explained how he was forced to empty the refrigerant gas from his air conditioning unit. We arranged to meet up the next day as we went off to look for a mechanic. As luck would have we found such a place and with the fuel injector pump booked in for after the weekend we found ourselves with a bit of time on our hands. A little way north of Broome we spotted a bush camping area and so made a bee-line for Barred Creek.

Barred Creek turned out to be a warren of sandy tracks meandering through the tidal mangrove areas and forests of really slow growing gum trees. The next day we returned to Broome to catch up with JP and his friend Charles and also to view the local attraction known as Staircase to the Moon. As the full moon rises over the mud flats of a low spring tide the reflections result in a highly photogenic effect called Staircase to the Moon. Or so we are informed- it was cloudy that night. But there was a bit of a festival atmosphere, the town being full, with lots of food stalls and craft markets. So in exchange for a few tips on how to appease bribe happy African policemen (basically brush up on your Premier Football League knowledge) JP treated us to a tasty dish from one of the stalls.

Back out at Barred Creek we hid out for a few days. Enjoying a couple of hours on the deserted beach in the afternoons and exploring the area. One evening a couple of chaps pulled up asking where the good fishing spots were. When we responded that we did not know they wondered what on earth we were doing there if we weren’t fishing. 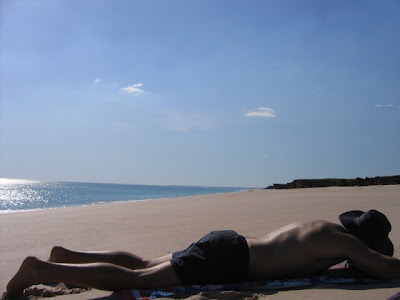 On our final evening, just as we were making a fire to bake bread we had heard a vehicle engine straining quite close by, it sounded as if was stuck in the sand. Not long after a chap turned up on foot asking for a tow. So off went Gavin to the rescue again and returned half an hour later with his new friend who joined us for a while round the fire. The following morning he turned up with loads of tins of food, that his mum had packed for him, to say thank you. 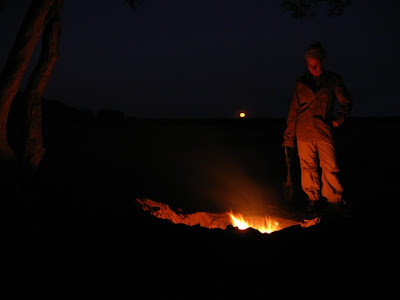 Yesterday morning we booked into a campsite, just off the beach and Gavin immediately set to disconnecting the fuel injector pump. Amazingly, nothing broke taking it out and today it is being fitted with a new O-ring at considerable cost- all of this for a blooming O-ring. 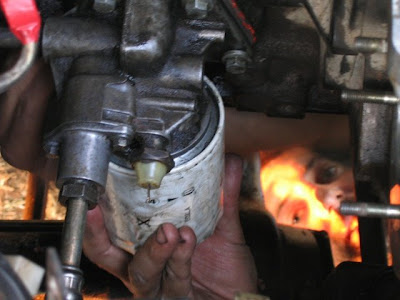